“Hate to tell you this but you’re in for one of the longest and hardest internal bouts of your life. The next 12 months are going to force you to address all the lingering root cause issues of your life to date. But unfortunately, I’m going to have to destroy you first. Now buckle up, it’s going to get extremely rough, but on the other side, you’ll finally be ready for life’s next chapters. You’ll finally have moved forward.”

I jokingly wish there was some way I could’ve told myself this message last September. Would it have made a difference? Like ‘the number of licks it takes to get to the center of a tootsie roll pop, the world may never know’. One thing I do know is that I am coming out of one of the most personally challenging periods of my life yet couldn’t be more grateful about having gone through it.

Rock bottom is a terrible place to be but it is the most humbling. At the beginning of 2018 I was there. Alone, depressed and scared. Best experience of my life for development. Sometimes it takes hitting rock bottom to realize what’s really important. Strip away the degrees, the jobs, the titles, the money, the physique, the exploits, the parties, the vehicles, the fun, whatever it is. When you’re alone, scared and in that proverbial sunken place none of that matters at all. In fact, they made me feel worse. The only thing that mattered was identifying that I had to address some root causes, not symptoms and realizing that love from your family and friends is what really matters. Time spent and memories created with these people are what really matters to me.

I’ve long had recurring bouts with minor depression, often symptoms of other underlying issues of the time. I was always able to find the silver linings and come out of it relatively unscathed and reinvigorated to enjoy all of life’s wonders. However, this past year I experienced my second bout of major depression simultaneously compounded with my first bouts of major anxiety and panic attacks. There are myriads of factors as to why the episodes came when they did, but what genuinely troubled me was how pronounced and destructive my mental state was during this time. These weren’t the traditional cases of the S.A.D., the blues or heartache, I had some serious chemical imbalances and needed to address the root causes head-on if I ever wanted to recover. That’s when things really starting going south, the more I tried to focus on the true issues for my well-being, the deeper down the rabbit hole and further back in the time of unresolved issues I had to go.

You see, the problem with me is that I’ve long been “anti-feelings”. Once in my late teens, my sister jokingly told me I needed sensitivity training, and that she was ‘surprised if I even possessed tear ducts’. People would commend me on my abilities of “staying strong” and “being so even-keel” in the face of tragedy and adversity. An old college classmate even liked my perceived emotional fortitude to a superhero that just keeps pushing forward.

While externally these may be admirable characteristics, I embodied the entire essence of these strengths internally as well and never addressed the issues. As life’s tribulations happened, I rationalize the situation, express initial bereavement, sadness or pain then robotically moved along without much introspection into my feelings or the matters at hand.

However, as I moved through my 20s over the last 5 years or so, I became increasingly introspective and existential. I also became aware that life had thrown some gnarly curveballs, yet I was able to persevere, beat the odds and move forward while being the anchor for others, wooo me.

Ironically, as I began to enjoy the fruits of my labor and sacrifices from other’s, I began to feel. I began to embrace emotions and feelings. I felt the positivity, the blessings the potential of the wonderful things, people and experiences that life had to offer. I was happy. Genuinely happy.

But you can’t have one without the other. It’s yin and yang, it’s balance. In order to really appreciate and live the positive and the highs of life, you have to acknowledge and embrace the lows of life as well. Up till then, I hadn’t. Life continuously happened, I always shut it out. I always shut people out. I was numb for so long, by the time I began to let my guards down whilst enjoying the wonders of life, I had so much unaddressed negative residual, I was due for an explosive release.

Like the ephemeral color shift of leaves in the fall before winter, the highs of life with unchecked personal baggage was short lived. But what were these underlying issues?

What had I repressed and accumulated over the years that had finally bubbled over?

Accelerating in your academic and career endeavors, yet not knowing whether your mother was dead or alive on a daily basis because of her abandonment of you and her family at the age of 14?

The fear as a teenager of walking the city streets and being shot in the back like your father when he was 19?

The fact of being attacked, jumped and pressed at knifepoint on multiple occasions?

The violence and domestic abusive environments that surrounded you day and night?

The embarrassing effects of walking to your apartment to see a padlock and eviction notice the day you bring some buddies over in high school?

The murders of your friends at 21 and 26 or the death of another friend at 23 the day before his college graduation?

The complexities of dealing with the rape and sexual assault of your kin a few years ago?

Constantly dealing with being treated unfairly both directly and indirectly because of your ancestry and your skin pigment?

Never fitting in without real group while being able to interact with anyone seamlessly?

The potential and already apparent adverse effects of numerous diagnosed and undiagnosed concussions throughout your ball playing years?

The guilt and lingering remorse for cowardice in sabotaging your relationship with your college best friend.

The alcohol abuse and destructive behavior from it throughout your teens and early 20s? The mini intervention and therapy following the meeting?

Your complete abolishment and reproach of faith and spirituality over the years?

The overwhelming disappointment and guilt in yourself for driving a wedge into one of your dearest friendships due to your excessive pride and selfishness.

The envy and disgust when realizing how ungrateful people with much more than you have and how you would’ve given anything to have grown up or lived under their current circumstances?

The disgust for yourself when realizing you too were and are so much better than a large population of the world yet we’re and are often ungrateful?

Maybe none, maybe some, maybe all, maybe more.

The true value was understanding that in order to move forward in life at any stage, I have to give everything it’s proper space and time.

As I’ve gotten older I realized that the true strength of a person is not their ability to be callous and stoic in the face of tragedy and misfortunes. It’s the ability to deal with circumstances in whatever forum or medium is suitable, truly accept it and grow from it.

We all have our crosses to bear and problems in life. That’s what makes life so unique and exciting. We all have our ways of dealing problems, some more constructive than others. However, they say the best things in life happen to those who make the best of things that happen in life. In order to become the best version of myself, to appreciate the love this life gives, to take the hits and keep moving forward, to inspire and empower others, I needed to be broken. I needed to return to where it all started, to the places and people that were there when I had nothing and nothing but potential. I needed to blow the sand castle towers of success and life I had built away and build my life up again with steel and concrete. Foundations built on love, honesty, vulnerability, compassion with the edginess and tenacity to take the hits, knowing I and only I can control my mental approach and reactions to life’s circumstances.

I have too many people to thank for helping me through a very rocky period in my life. I appreciate each of you so much and hopefully, I can be to you what you are to me. I also want to apologize for those who I was unfair to or inadvertently pushed away over the years and during these past few months. I hope we can truly move forward and continue enjoying life.

Well Keith, You’ve finally done it. The challenges, pains, joys, love, and experiences of tomorrows await, but you’re finally able to embrace any and all of it without the weight of yesterdays bogging you. Now I recognize that face in the mirror again! I’m so proud of you.

Enjoy life, feel it all, be human, be real. 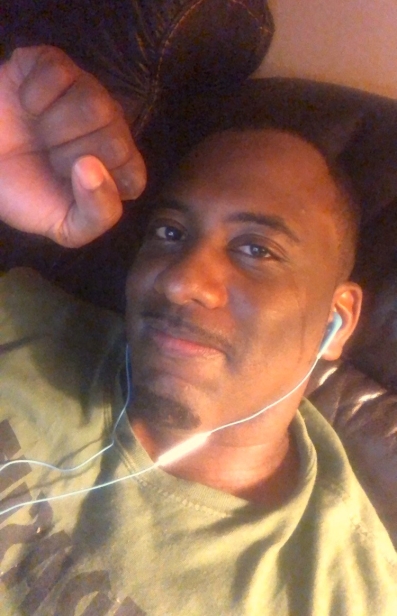